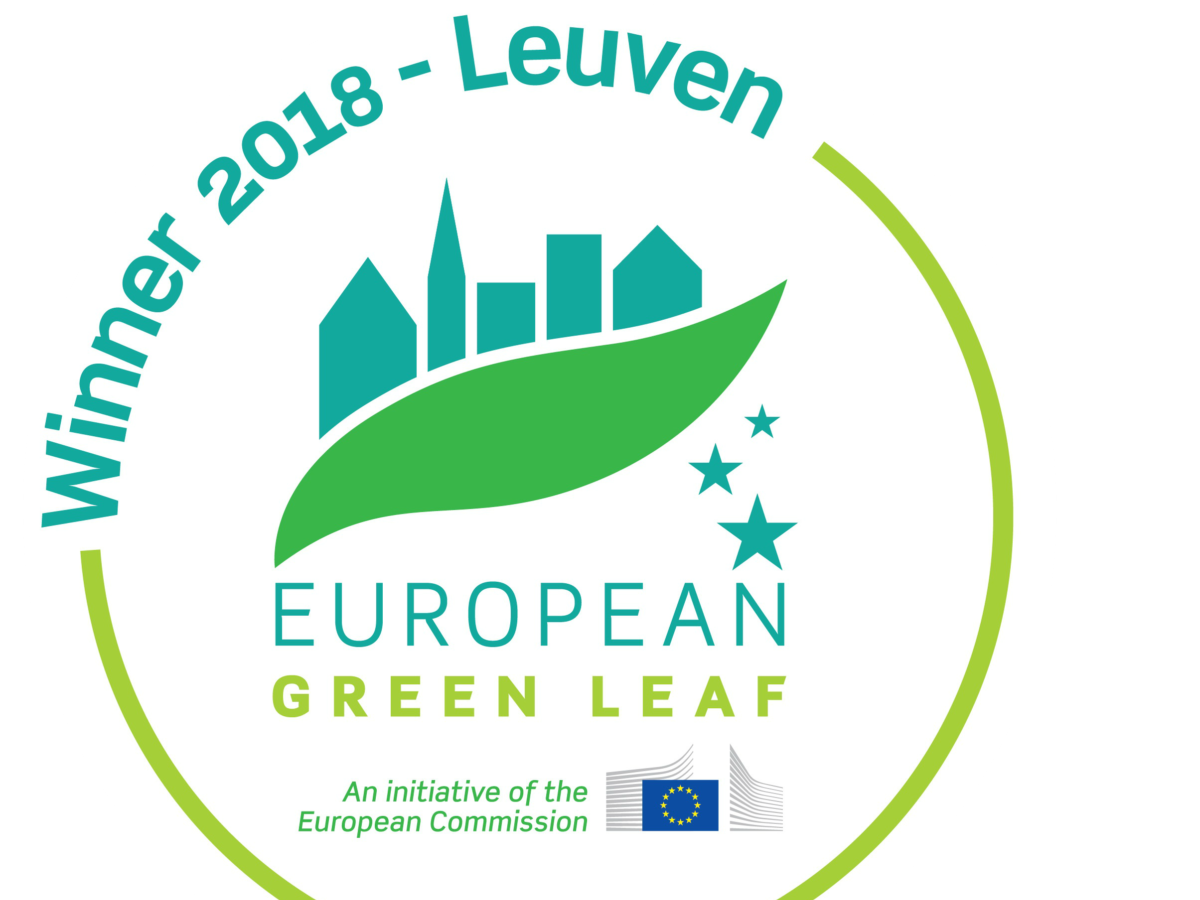 Leuven is the first Belgian city to win the European Green Leaf Award.

The award, handed out by the European Commission, recognises the city’s achievements in sustainability and green growth and places Leuven among the greenest and most liveable cities in Europe.

The European Green Leaf rewards towns and cities that actively engage their citizens in creating a healthy city. In Leuven, citizens participate through initiatives like ‘Stand Up for Your Neighbourhood’ (Kom op voor je Wijk) and urban gardening projects.

Citizen engagement is also a fundamental part of Leuven 2030. The citywide network organisation brings together citizens, companies, civil society organisations, research institutions and the local government to work towards a carbon-neutral future.

MOBILITY AND GREENING THE CITY

Leuven received the highest score in the category of mobility, thanks to its new traffic plan (providing for, among other things, traffic-free zones), a new cycling policy, car-sharing projects, and outstanding cycling infrastructure. Additionally, the jury applauded Leuven for expanding the city’s green areas and for improving the public’s access to water.

Leuven has launched a wide range of initiatives to lower greenhouse gas emissions. They include monthly CO2 monitoring, collective district renovation, and the designation of an energy coach and renovation supervisor.

Every resident of Leuven contributed to winning the Green Leaf Award, working closely together towards a healthy and sustainable future.